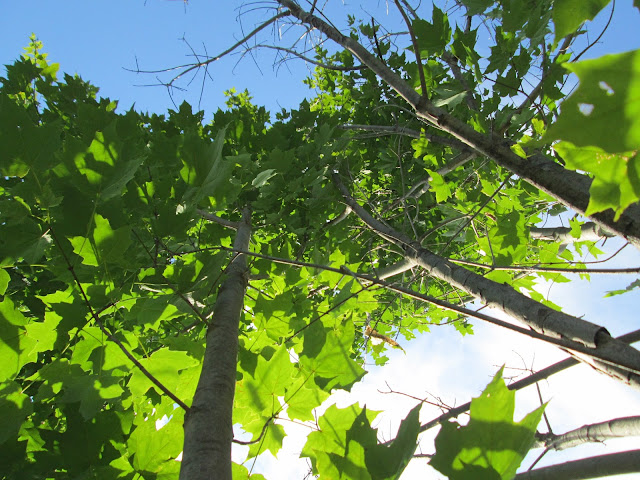 It is a weird feeling to summarize your personal / musical history for someone. To gloss over those moments that shape and define you and speak of them plainly as if reading through a shopping list. It is weirder still for that person, after having heard your meager distillation and your most recent attempt at creating art to pinpoint one of your largest artistic unawareness and bring it to your attention – to make known that which was previously hidden.

I cannot help but reference Stephen King's Duma Key in which the protagonist is a painter described as an American Primitive. Perhaps it speaks to my education – my woeful fumbling, my grasping at seeds to make plants. Perhaps it is more philosophical, and is as such as a professor recently said to me, “it's called 'being on the right path'”. Perhaps it is. But I digress.

It is even weirder still, to, after having had your inadequacy made known to you, to experience that feeling several times within the span of a few weeks.

Recently, I had the great fortune to be able to meet with several prominent and well-respected professionals in my field, and their experience and wisdom not only provided perspective, but also foreshadowed possible directions for my art in the future.

My music could be serialist, unstructured, neo-romantic, trans-popular classicist (let's see that one stick,) or any number of styles or flavors. But I cannot help but wonder why a composer should choose any one particular medium? I've considered myself eclectic for a long time, but it was only recently that I realized how pedantic my approach was – caught up in the minutia of “classical” tradition and the dissociation between different compartments of myself.

What then is a composer to do? Reconcile these languages? Abolish them completely?

In a couple of recent lectures, composers were asked who their audience was – who they were trying to write for or appeal to. I think this is a very good question, but in truth, I feel that this question only address half of the quandary. The other half, and perhaps more importantly may be the question: How is this audience listening? In all honesty, the more I think about the latter question the more I begin to realize how determining answers more directly affects how and why I do what I do.

Audiences today listen very differently than I imagine they ever have before, and I believe that the composer's role in society is once more shifting and adapting to the current culture. A couple hundred years ago, many, many composers were essentially entertainment directors for the courts or aristocracy – employed by nobility to keep the wealthy sated and not bored out of their wig-covered heads. Eventually composers began writing for themselves, for the future; erecting themselves as monolithic entities, towering giants, and titans of industry that no mortal could compare. We refer to them now as the venerable Grand Masters of composition. I'd like to see Bach work with Max MSP. 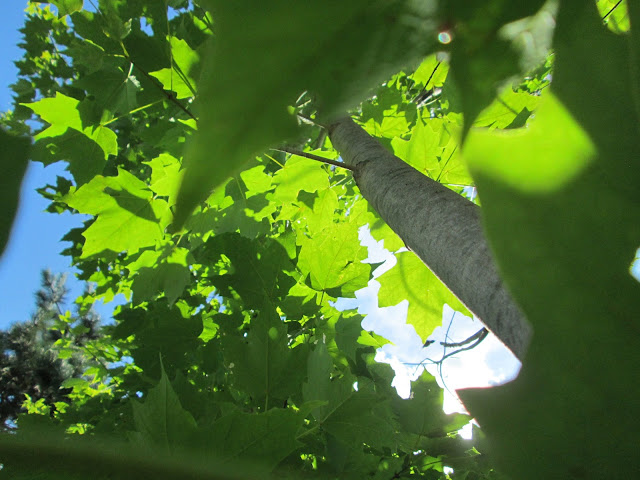 That said, those composers knew their role in society and they knew their audience. What remained was having the technique, the character, and the je ne sais quoi to elevate them above their contemporaries – the esoteric artists that make us graduate students feel smart when we reference them casually in conversations.

The fin de siècle saw the integration of electrical technology into popular culture, and it is from that point in history that I contend the unwashed public and the “composers” diverged in the yellow wood.
The Classical period was about objective beauty; the Romantic about the ineffable. The 20th Century saw a new kind of composer: the composer-scientist.
At some point, composers, in their infinite wisdom, began to use their hindsight to determine that music must progress forward, and in the pursuit of this forward motion (along with the desire for prestige, respect, and security in the canon,) composers searched for new sounds. Thanks to the mass dissemination of sounds, concepts, ideas, and schools of thought traveled more quickly and widely that I would venture to say any other time in history.

I was recently in a class where forty (forty!) highly-educated and bright, learned composers had literally no idea which decade of the 20th century a given piece fell into – myself included. This listening exercise to me was shocking – especially when we found out they were all written within a four-year span. But I digress.

I believe that composers, for the first half of the 20th century, were able to carve out little plots for themselves, plant their flags, and wait for settlers by “pushing the envelope,” “expanding horizons,” and other clichés you normally hear on tv. This Madonna-esque shock-and-awe approach seemed to work effectively, just think about the “ism” avalanche that we all now have to suffer through:

blah blah blah blah blah we could go on for years. Right now you're probably counting on your fingers and shaking your head at all of the others I didn't include. Well, good for you, maybe you can use those facts to make some friends. OH SNAP!

It was our fault I think. Yeah, us musicians. Us composers who think we're so smart and dictate the course of art / music in culture. Before tv and Honey-Boo-Boo, a Strauss waltz was known as popular music. Can you imagine Strauss wearing a schoolgirl outfit or leather jumpsuit and singing with autotune? Yeah, me neither.

I want to take a moment to sincerely and profoundly apologize for putting that image in your head.

How many more generic and rhetorical questions can I ask before I get annoying? 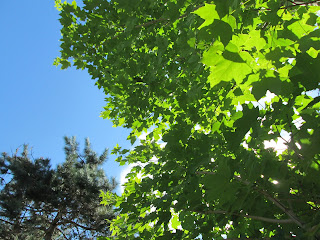 So what are we doing with ourselves? How do I know what to write if I don't know how my audience is listening?

Technology – television, radio, movies, video games, the internet, etc etc, has broaden and pacified aural tolerance to such a point that (I venture to say) that the age of composer-scientist is passing. I don't know if there is any more shock-and-awe at our disposal. We know what fire is. We know what bread tastes like. We know what the iPhone does. Blah blah blah scandal is an old hat – an old, outdated axiom; a rusting archetype; a rotting dramaturgical arc. (yay made-up words!)

So what is our audience? How do composers make their mark? How do we get anyone to pay attention?

A visiting lecturer once said in passing that audiences are accepting of “new sounds” if you put them in the soundtrack of a scary movie. And though it was meant as a humorous jab as well as commentary, it began to make me think critically about what that meant for a composer's role. If the composer-scientist from the 20th century was “progressing” music forward by continually searching for new sounds, would it then not seem logical for the following progression to be the ability to know when and how to use those sounds effectively? By no means am I saying that all new sounds have been discovered or that music is now stale, but I think the emphasis is changing. I believe that long gone are the days where a select few intelligent artists can change a culture's aesthetic zeitgeist so monumentally as has been the case for the past 400 years or so.

I believe that fame, success, or whatever you want to call it needs to be differently than the way Beethoven & Co. understood it so many moons ago. The world now is much larger. Ideas, beliefs, and human experience now transcend time and space effortlessly. I don't believe non-musical audiences are the unwashed sheep we think they are.

I can't help but think about Ramsey's Kitchen Nightmares – where he goes into a restaurant and the chef thinks his / her food is great and perfect, but there are no customers. Is it the role of a composer to be jaded and cynical? If we are in fact endowed with the responsibility of creating meaningful art that transforms us, are then we not also imbued with the responsibility to share it? Can we share it by being esoteric and elitist? Can we share it by hiding behind awards and honors and thinking of ourselves? These are not judgments, but observations.

Obviously, these are concepts that I am wrestling with, and I suspect that other young artists like myself are also thinking about. At our age and inexperience, it seems like there are always more questions than answers.

I have begun developing answers to some of these questions, but that I think is subject for another time and another entry – Lord knows this one is long enough.

I suppose the take away from these musings / ramblings (if there is such a thing,) is that our priorities and experiences not only inform our aesthetic, but our audience as well. Sure, we may be content to be American Primitives all of our lives, but our fumbling personal growth will be stunted by our awareness and our desire to belong.

Until next time, stay classy.

Posted by Joshua Jandreau, Composer at 2:04:00 PM No comments: